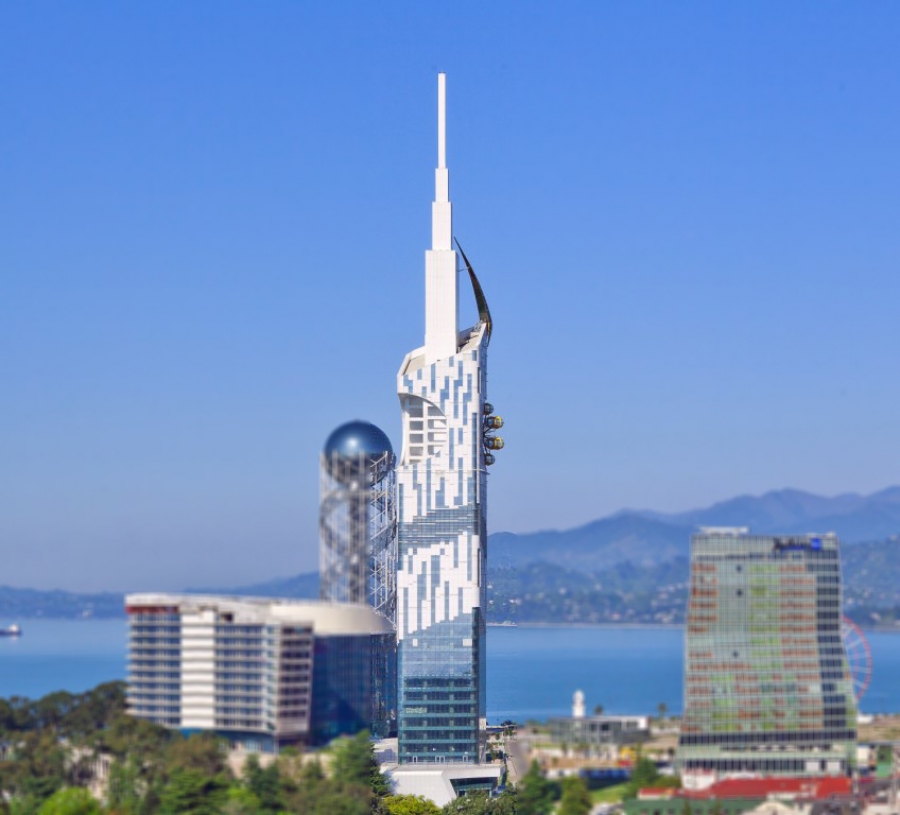 For the past few years, the issue of opening Batumi Technological University has been a widely

FactCheck Newspaper
FactCheck Newspaper
Facebook Linkedin Twitter Print
For the past few years, the issue of opening Batumi Technological University has been a widely discussed and debated topic among the public and political circles as well. Given a large variety of views stated about the issue, many readers have called on FactCheck

to take interest in the topic. Taking our readers’ questions into account, we studied the situation around Batumi Technological University.

its desire to cooperate with Georgia in 2011 as well. Georgia and Ghana were the only countries with which the Millennium Challenge Corporation cooperated twice. According to the Council of Directors of the Millennium Challenge Corporation, this decision was mainly due to the successful implementation of the first Compact, the country’s continuous progress, economic growth and a decrease in poverty.

In terms of the new Compact, the issue of opening an American Technological University in Batumi was actively being discussed. Even a specific building (Batumi Tower) was assigned for this purpose. In January 2012, during his visit to the United States of America, the then President of Georgia, Mikheil Saakashvili, met the President of the Millennium Challenge Corporation, Daniel Yohannes. After the meeting, Saakashvili explained that the project of the new university in Batumi was also discussed. During his conversation with the media, Mr Saakashvili stated: "Our great ambition is to open a branch of an American university in Georgia. One of the headquarters will be in Batumi."

In September 2012, Mikheil Saakashvili, together with the then Minister of Education and Science of Georgia, Khatia Dekanoidze, opened the Batumi Technological University building. At that moment it was announced that the University would have the following faculties:  Civil Engineering, Informational Technologies (IT), Applied Physics and Mathematics, Electrical and Electronic Engineering, Chemical and Biological Technologies, Materials Expert and so on.

After the 2012 Parliamentary elections, the new government did not develop the Batumi Technological University idea any further. The Ministry of Education and Science of Georgia even made a statement about the issue: "During the period of the preparation of the Compact, the Millennium Challenge Corporation officially notified the Government of Georgia that the Corporation did not adopt the higher education project presented by the Government of Georgia which aimed to open a new, separate university in Batumi." The Advisor to the Minister of Education and Science of Georgia, Otar Abesadze, assessed the existence of an American technological university in Batumi as outrageous populism and said: "The statement that a technological university was being built is a lie."

Whilst talking about Batumi Technological University with Netgazeti,

Tamar Sanikidze, who occupied the position of the First Deputy Minister of Education and Science of Georgia, stated: "The Ministry has not stopped the project. It is being implemented today as well. We just looked through the real necessities and announced a new competition. As for the Technological University in Batumi, we decided that such a university must exist in Tbilisi, by the partnership of state universities with their foreign counterparts."

When asked by a journalist about the reason for private universities being banned from participating in the competition, Tamar Sanikidze answered: "This is state money. The state is co-financing the project. We decided that state universities should be developed with this contribution."

As a result, on 11 March 2015, at an auction announced by the National Agency of State Property, the building which was to be the home of Batumi Technological University was sold for USD 25,004,646.

The United National Movement MP, Sergo Ratiani, assessed the privatisation of the Batumi Technological University building as a crime of the Georgian Dream coalition government. According to him, with this action the government destroyed the perspective of an international standard technological university not only in Georgia but in the wider region and the perspective of Batumi becoming a regional educational centre as well.

It should be pointed out that when the MCC decides to cooperate with the government of any country in terms of a Compact, it assesses its level of economic freedom, human rights, democracy and many other factors using a special matrix. In addition, the country must conduct research using a special methodology and underscore a segment that needs development most of all. The then Coordinator of the MCC Programme, Tamar Kovziridze, explained in her interview with FactCheck

that the aforementioned research conducted in Georgia showed that one of the main limiting factors of the development of the country was that of qualification; namely, the level of engineering and technological education. Hence, the programme focused upon education.

Another field of the negotiations comprised infrastructure. Given the fact that in terms of the previous Compact the MCC already had experience in implementing infrastructural projects, it was decided that the main focus of the new Compact would be education. After this the Government of Georgia started to formulate specific proposals whose main components were the promotion of the field of technology in higher education and founding a branch of an American technological university in Georgia. For this, the MCC, in full compliance with its rules of purchase, held a two-stage selection procedure. After the end of the first stage, a list of interested institutions was compiled with detailed notices received from the universities at the second stage. As a result, a consortium of universities was compiled which included: University of California in Los Angeles (UCLA), Michigan State University (MSU) and Missouri University (MU) as well as the Free University of Georgia and the Agricultural University of Georgia. The consortium was to implement higher educational and professional programmes in terms of STEM (Science Technology Engineering Math). In addition, the Georgian side of the winning consortium (Free University and Agricultural University) would receive USD 20 million for the development of programmes which was unprecedented as none of the previous proposals had such a high level of co-financing attached to it. This would be the guarantee of the programme’s stability.

As for the document indicating that the Millennium Challenge Corporation did not approve of the proposal presented by the Government of Georgia, Tamar Kovziridze explained that, according to the procedures, when a country presents its proposals, negotiations are held within the framework of consultations. Intensive consultations were held about this issue as well. After the MCC presented its notes, the government stated that it would assign a certain building for the university and create a special scholarship fund. In addition, the Government of Georgia added secondary and professional education to the project as well and a final agreement was reached. According to Ms Kovziridze, had the MCC refused to fund the higher education project proposed by Georgia, it would not have held a two-stage tender according to its purchase rules.

In her conversation with the General Editor of FactCheck,

Paata Gaprindashvili, the Director of the Georgian Office of the Millennium Challenge Corporation, Catery Clement, explained that the organisation cooperates with the governments of various countries of the world and consultations are held with them. The decisions about what exactly they want to do are made by the governments themselves.

sent by the MCC to the US Congress. The notification says that the Millennium Challenge Corporation intended to obligate up to USD 2.7 million to facilitate the development and implementation of the second Millennium Challenge Compact with the Government of Georgia which would have eased the aforementioned process.

about the issue of an American technological university in Georgia. The documentation presented in the research shows that the previous government, in cooperation with the Millennium Challenge Corporation, held a selection competition and revealed the consortium of universities with the highest points. Preliminary discussions started with the consortium; however, the new government asked for some time for reviewing the Compact. After this, it nullified the results of the existing competition and started cooperation with the Millennium Challenge Corporation within the framework of a new proposal.

Ultimately, the chronology of the events indicates that the concept of founding Batumi Technological University did, indeed, exist. Active work was on-going around the idea in terms of the previous government. The process of negotiations was nearing its end and if it were not for the change of the government, it would have probably become a reality. However, it is important to underline that the technological university would not be situated in Batumi exclusively. The majority of the programmes would operate in Tbilisi, on the bases of the Free University and the Agricultural University, whilst only a part would stay in Batumi. However, the new Government of Georgia changed the decision, nullified the results of the competition held during the previous government and announced a new one. Private universities were banned from participating in the new selection procedure.

The tuition fee amounts to USD 7,500. Students are able to get partial or full government funding (the maximum amount of a study grant is GEL 2,500). In addition students can also get full or partial funding (100%, 75%, 50% and 25%) from San Diego State University. The distribution of 150 scholarships is planned for the 2015-2016 academic year.

It is difficult to guess the real motive for the new Government of Georgia refusing to establish the Technological University in Batumi. To find an answer to this question, FactCheck

addressed the Administration of the Government of Georgia and the Ministry of Education and Science of Georgia with official letters. The aforementioned institutions forwarded our letters to the Millennium Challenge Corporation. The response letter from the MCC says that the content of the question is beyond the competence of the organisation.