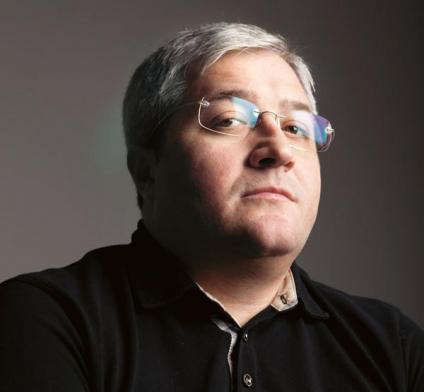 Tbilisi City Hall and the City Council have given GEL 30 million to one person, including a GEL 8 million advance payment.

The Parliamentary Minority MP, Givi Targamadze, answered the statement of the former Deputy

The Parliamentary Minority MP, Givi Targamadze, answered the statement of the former Deputy Minister of Infrastructure and Regional Development of Georgia (who is now Minister), Nodar Javakhishvili, where he pointed out that he was told that a lot of money was embezzled from motorway tenders whilst the work was not being done.

The Parliamentary Minority MP pointed Mr Javakhishvili to the tenders where a large amount of advance payments were made. "Mr Javakhishvili, I will tell you exactly what amount of money was embezzled and where. You have given GEL 30 million to one particular person, including a GEL 8 million advance payment. This is all stolen money," said Givi Targamadze.

At the beginning of our research we contacted Givi Targamadze himself who explained that what he had in mind when making this statement were the tenders announced by Tbilisi City Hall, the City Council and the Tbilisi Municipal Boards. Hence, FactCheck

looked into the tenders announced by these structures after the 2014 local government elections, including the beginning of 2015.

The list of tenders, as well as the percentage of the advance payments, is quite large. Below you can see several cases when 100% of the overall value of the work was given as an advance payment.

Information about the 100%, 95% and 50% advance payments, the overall value of the tenders and the amounts of proposed money can be seen here (

available in Georgian only).

It should be noted that 100% and 95% advance payments were also distributed before the government of Tbilisi was changed; however, it was not so systematic and on such a large scale. According to the opinion of the representatives of the United National Movement, Tbilisi City Hall needed to distribute these kinds of advance payments to implement the city budget as well. They believe that City Hall was failing to implement the initially planned infrastructural and social projects. Further, according to the representatives of the United National Movement, for this exact purpose, Davit Narmania issued the 4 September 2014 Directive No. 508 which, in fact, ordered the municipal services to present the budget as if it were implemented and distribute inappropriately high advance payments.

As for the legality of this issue, as a representative of the Georgian Young Lawyers’ Association (GYLA) stated in an interview with FactCheck,

the distribution of any kind of advance payments is not a clear breach of the law; however, neither is it an unconditional right. According to the explanation of the GYLA representative, in order for advance payment to take place the purchaser must look into the reputation of the company, its provided services, the quality of its work, its popularity and so on. The representative added that in the case of an advance payment the company must use the received money for fulfilling the obligations of the purchase. Furthermore, it is important for the company to provide the purchaser with detailed information on the amount of money which was spent and for what purposes.

Conclusion The information verified by FactCheck

indicates that the overall value of the tenders held by Tbilisi City Hall, the City Council and the Municipal Boards from the 2014 local government elections to March 2015 was over GEL 96 million and not GEL 30 million. From this amount, a total of GEL 21 million was given to the winning companies as advance payments. As pointed out above, 100%, 95% and 50% advance payments were made to several winning companies.

It is true that the law does not forbid the making of advance payments; however, it does determine certain principles. It is hard to say whether or not City Hall broke the law in the given case; however, the accuracy of the context of the statement of the Parliamentary Minority MP about large sums of money distributed as advance payments is confirmed by documents.