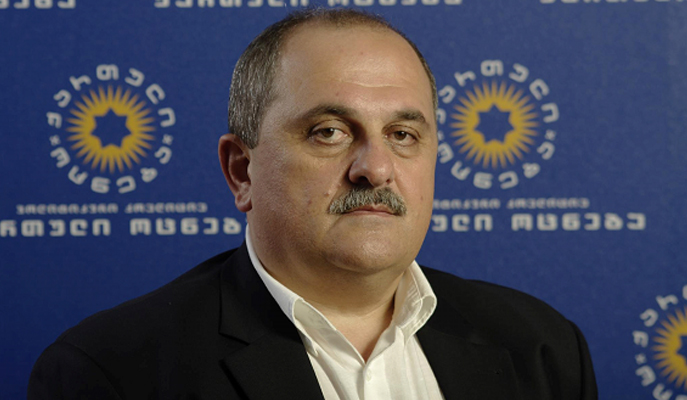 “The ecological situation in Chiatura is extremely severe.”

On 18 February 2015, in his speech before the members of the Parliament of Georgia, Parliamentary

On 18 February 2015, in his speech before the members of the Parliament of Georgia, Parliamentary Majority member, Malkhaz Tsereteli, underlined the serious ecological problems in Chiatura caused by the mining of manganese. Mr Tsereteli said: "Manganese has polluted the drinking water from the River Kvirila. Also, the share of manganese and other heavy metals in the atmosphere significantly exceeds the allowed margin." He also talked about environmental damage and stated: "The environmental damage was assessed to be GEL 2,500,000 in Georgia in 2013. Approximately 80% of that damage is concentrated in the Chiatura Municipality. The situation worsened in 2014. The total amount of environmental damage in the country soared to GEL 327 million whilst 98% of that damage; that is, GEL 324 million, is concentrated in the  Chiatura Municipality."

took interest in the present situation in the Chiatura Municipality and verified the accuracy of the statement.

According to the information of the National Environmental Agency of Georgia, the list of harmful substances composing the atmosphere includes: dust, nitrogen dioxide, sulphur dioxide, carbon, ozone, manganese dioxide and nitrogen oxide. Of these substances, the average concentration of manganese dioxide in a 24-hour period is allowed to be 0.001 milligram/per cubic metre whilst the maximum one-time concentration should not exceed 0.01 milligram/per cubic metre.

The National Environmental Agency of Georgia is responsible for monitoring the harmful substances which constitute part of the atmosphere’s composition. The results of its observations are published on the Agency’s website in the form of monthly bulletins and are categorised according to their respective months and years. The latest data, summarising the situation in regard to environmental damage throughout Georgia, was published in January 2015. According to this particular bulletin, the highest concentration of manganese was detected in the River Kvirila, close to Upper Chiatura. The amount of manganese exceeded the combined allowed margin by 5.9 times in Upper Chiatura whilst the concentration of manganese dioxide was 1.3 times higher than the allowed amount in Lower Chiatura. According to the clarification given by the National Environmental Agency of Georgia, there might be risks for the health of an individual if any substance exceeds the allowed norm.

Relevant to this topic is a clarification issued by the Ministry of Labour, Health and Social Affairs of Georgia. It says that manganese and its chemical mixtures belong to industrial toxins which cause the damage of the central and peripheral nervous systems and have a neurotropic effect. Manganese dioxide is a highly toxic substance. Working with pyrolusite and the processing of steel are said to be especially dangerous in that manganese can accumulate in the body and result in a chronic intoxication. In the case of chronic intoxication, manganese becomes concentrated in the parenchymal organs, internal secretion glands, bones, the brain and the cerebellum. The rise in the level of manganese in the blood does not represent a principal indicator of intoxication. In addition, there is no clear correlation between the intensity of the intoxication and a high concentration of manganese in the atmosphere of a workplace. In the case of a high concentration of manganese in the atmosphere of the workplace (owing to the production of the ferroalloy or the dry drilling of mines), it is possible to develop heavy forms of intoxication very rapidly in two-to-six months after beginning work there.

Mining of manganese in Chiatura is carried out by the company, Georgian Manganese. According to a statement of the company, the pollution of the River Kvirila has been caused by the activity of the Ferro Factory over the last 100 years and it is not a problem only of the later and current periods. However, the company indicated that it is making an enormous effort to address the issue and solve the problem in the nearest future. A new Ferro Factory complex is planned for construction which will ensure an isolated processing cycle of the manganese ore and prevent further pollution of the River Kvirila. The investment value of the project exceeds GEL 40 million and is scheduled for launch in 2016.

We sent an official letter to the Ministry of Environmental Protection and Natural Resources of Georgia to obtain information in regard to the environmental damage which occurred in 2013-2014. According to the information of the Ministry, there were 3,128 facts of violation of Georgia’s environmental legislation. Of these facts, 3,007 were punished by administrative law whilst 121 were punishable by criminal law. The amount of fines paid by the perpetrators of administrative law crimes equalled GEL 1,714,140. The total cost of the environmental damage as a result of the violation of environmental legislation was GEL 6,318,724.

There were 9,797 facts of violation of environmental legislation in total in Georgia throughout 2014. The amount of fines for those violations constituted GEL 4,365,030. The amount of damage inflicted to the environment was GEL 397,174,698.

Environmental damage is caused by the following actions: the illegal exploitation of forest, violation of regulations of transportation of timber, violation of core mineral mining licence conditions, illegal mining, removal of the fertile land surface, pollution with waste, violation of laws on atmospheric legislation and illegal hunting, etc. However, as clarified by the Ministry of Environment and Natural Resources Protection, the bulk of the environmental damage (more than GEL 300 million) is caused by manganese mining work. The Ministry also added that monitoring of this problem has not been carried out in previous years. Therefore, the amount of environmental damage in 2014 significantly exceeds the data of 2013.

According to the National Environmental Agency of Georgia, the concentration of manganese dioxide in the River Kvirila in Upper Chiatura in November 2014 was 5.9 times more than the allowed margin whilst the concentration of manganese dioxide in Lower Chiatura was 1.3 times more than the allowed amount. The amount of environmental damage inflicted in Chiatura equalled GEL 2,246,955 in 2013 which constituted 35% of the total amount of environmental damage in Georgia. In 2014, that number rose even further with 89% of the total environmental damage inflicted in Georgia having been registered in Chiatura. Even though the numbers provided by the MP do not exactly match the numbers provided by the Ministry of Environment and Natural Resources Protection, they are still a very accurate reflection of a very serious ecological situation in Chiatura.