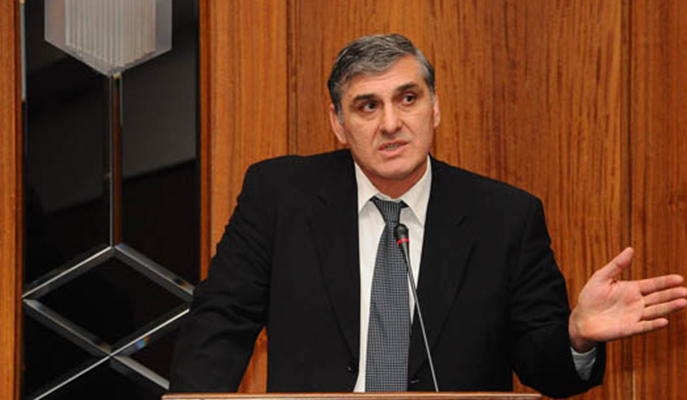 "Six new sports facilities are being constructed and three are being repaired. We must host 7,000 visitors in summer."

On 18 February 2015, at the Parliament of Georgia, the Head of the Georgian National Olympic

On 18 February 2015, at the Parliament of Georgia, the Head of the Georgian National Olympic Committee, Leri Khabelovi, accused the Parliamentary Minority of focusing only upon negative issues and stated that they do not make remarks about what is being done in sports. "It is a pity that our colleagues talk only about negative issues and say that nothing is being done. I would like to remind you that in terms of sports and the Youth Olympic Festival specifically, six new sports facilities are being constructed and three are being repaired. We must host about 7,000 visitors for this event. You say that nothing is being done. In fact, the things that are being done now have never been done before. Such processes in terms of sports facilities construction and repairs have never happened before," said Mr Khabelovi.

The Georgian National Olympic Committee also participated in the Assembly, along with 49 others. As a result of a secret ballot, Tbilisi won over the Czech city of Brno by five votes (26-21). The Festival will be held in July 2015. A total of nine types of sports are included in the Festival’s programme: judo, tennis, gymnastics, cycling, athletics, swimming, volleyball, handball and basketball.

According to the official data,

a total of 3,800 athletes from 49 countries will gather in Tbilisi which means that the sports infrastructure must be repaired to meet European standards and an Olympic village built for the athletes.

According to the information on the website of the Georgian National Olympic Committee, a total of 11 tennis courts will be built near Mziuri in terms of the Festival. A swimming pool, with the capacity of hosting 3,000 spectators, will be built for the competitions on the territory of New Tbilisi (Tbilisi, Dighomi and near the Embassy of the United States of America in Georgia). A gymnastics hall will also be constructed on this territory with the capacity for a total of 1,290 spectators. Two volleyball halls will also be built. Each of the halls will host 1,790 spectators. In addition, a handball stadium will be built around the territory of the 10th

building of Tbilisi State University and able to host 2,500 spectators. An athletics stadium will be built on the territory of New Tbilisi. It will be designed for the athletics competitions and have the capacity to host 3,000 spectators.

As the Deputy Head of the European Youth Olympic Festival Organisational Committee in Infrastructure Issues, Ioseb Darchia, clarified for FactCheck,

a total of three sports facilities have been repaired. These are the basketball hall at 45 Kostava Avenue, the academy at 5 Beliashvili Avenue and the Mikheil Kekelidze Basketball School. It should be noted that the rehabilitation of the building is already finished and only the inventory needs to be put in place.

As for the other constructions, according to the information of the European Youth Olympic Festival Organisational Committee, out of seven sports facilities two (the swimming pool and the handball stadium) are being constructed by the Ministry of Sport and Youth Affairs of Georgia whilst the other three by the Committee itself.

It should be noted that the preparations for the Olympic Festival started before the 2012 Parliamentary elections when the Georgian side signed an agreement with the Hualing Group. The main occupation of the corporation, both in China and around the world, is the implementation of large-scale construction projects. The Hualing Group started investing in Georgia at the end of 2007.

The start of the construction of the Olympic village by the Hualing Group caused various reactions from the public. Many believed that there were plans to bring 127,000 Chinese people to Georgia after the Olympic Festival and then sell them the residential spaces in the Olympic village complex. FactCheck wrote

about this issue as well.

Representatives of the Georgian Dream coalition also made some statements about the issue. For example, ex-Prime Minister, Bidzina Ivanishvili, said that he also had some suspicions despite the fact that the agreement between the signatories said nothing about settling Chinese people. "Settling 126,000 or 127,000 foreign citizens in one place would not be advisable and every country has appropriate laws to avoid this. We also plan to adopt such laws. The agreement between the parties says nothing about the issue but the silence of the previous government did raise some suspicions. I also have some suspicions that there might have been some verbal agreement made as well," pointed out Mr Ivanishvili.

Summer Youth Olympic Festival. The Head of the Commission, Joseph Liba, presented the inspection results of the construction work and restored facilities to the Prime Minister of Georgia, Irakli Gharibashvili.

As Mr Liba pointed out,

there is considerable progress on the Youth Olympic Festival facilities as compared to the previous visit. For example, the swimming pool and handball stadium had minor problems before but they have now been dealt with.

According to the European Youth Olympic Festival Organisational Committee, a total of 7,000 visitors are expected during the Festival, apart from the athletes themselves. These will be persons accompanying the athletes, about 1,500 members of official delegations, coaches, family members, invited guests, fans and so on. The Committee’s forecast is based upon the statistics of the previous Youth Olympic Festivals.

Conclusion Georgia started the preparation work for the 2015 13th

Summer Youth Olympic Festival several years in advance when the construction of the Olympic village began in 2012. Later, the Organisational Committee of the Festival initiated new construction work and repairs of existing stadiums.

As pointed out earlier, the rehabilitation of three facilities has already been finished whilst seven sports halls have been built.

It should be noted that based upon the experience of other countries, the forecast of the Organisational Committee of the Youth Olympic Festival is that about 7,000 visitors should be expected for the Festival.

Leri Khabelovi is right in saying that large-scale construction and rehabilitation work is going on for the preparation of the Festival. However, he ignores that fact that the right to hold the Festival in Georgia was gained during the previous government and preparation work started during their office as well. 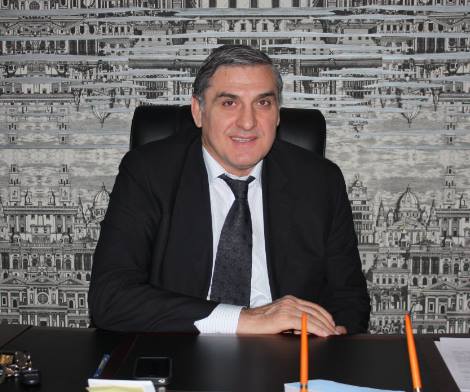