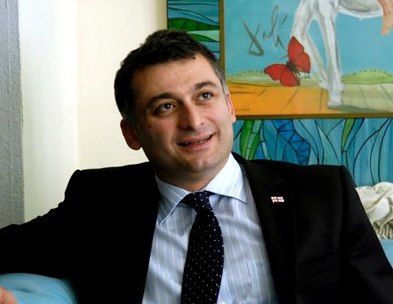 Open Letter to Tina Khidasheli from the General Editor of FactCheck

Dear Ms Khidasheli, I would like to respond to your statement about FactCheck being an

I would like to respond to your statement about FactCheck being an organisation created by the United National Movement which you made on 6 February 2015 on the talk show, Reaction. FactCheck, being an independent and impartial media source, could not, of course, leave this statement without a response. Based upon specific facts, in the style of FactCheck,

allow me to draw your attention to several issues which, in my opinion, clearly illustrate that, in this specific case, your assertion is incorrect and unfounded.

It should be pointed out from the very beginning that FactCheck was not created in order to support any political actor. It was established following common practice and world experience upon the basis of the American websites www.politifact.com and www.factcheck.org.

However, we would like to emphasise that, were your statement true, we would not be shy to say so. We simply state facts and would like to say once again, specially for you, that this is not a political project. The aim of the project is to provide the public with objective information, based upon research, and to facilitate the growth of accountability among politicians and not to serve the interests of any political actor. In order to reach the goals of the project, we cooperate with any politician, regardless of their political sympathies and affiliation.

Only young people, chosen according to their professional skills, take part in this media-project. Our organisation employs people with absolutely different political views who are able to put their political sympathies aside whilst working on their articles and assessing the statements of the politicians based upon specific facts. It should also be pointed out that the final verdict of each and every article is always determined in consultation between the author of the article and the editorial group of FactCheck

and is never determined by only one person.

Whilst talking about FactCheck’s impartiality one always needs to keep in mind its financial sources. We can state with full responsibility that our organisation has never been funded by a source even vaguely associated with any political actor. Furthermore, our project has never received funding from Georgia. Our donors include: the Embassy of the Kingdom of the Netherlands in Tbilisi, the German Marshall Fund (GMF), the European Endowment for Democracy (EED), the National Endowment for Democracy (NED) and the US Embassy in Georgia. We hope that you do not question the reputation and impartiality of the aforementioned organisations. The main criterion for these organisations to fund FactCheck

is our impartiality based upon which we have been cooperating with them for the past two years. Please believe that these organisations do not waste their resources on entities “created by political parties.”

The main argument for FactCheck’s reliability and impartiality is the content of its articles which is based wholly upon research. From its founding (May 2013) to date FactCheck has prepared about 500 articles/studies and over 40 TV reports. It should be noted that these articles and studies have upon multiple occasions reflected the accuracy or inaccuracy of the statements made by representatives of both the ruling and opposition parties. Our readers know that FactCheck

Apart from the Parliament, FactCheck also monitors the statements of the Prime Minister, President and other members of the Government of Georgia. These politicians have received both positive and negative verdicts from FactCheck.

We believe that the absolute majority of these verdicts (we do not exclude the possibility of unintentional inaccuracies) are accurate and argumentative.

As for the relations between FactCheck and you personally, so far we have verified the accuracy of only one of your statements which was rated as true and which definitely does not say “good” about the United National Movement (see link

Any of our readers can check the accuracy and impartiality of both the aforementioned numbers and our articles in general. We would also like to emphasise that FactCheck studies the opinions of its readers with great care and discusses their arguments very seriously. It is FactCheck’s

stated policy that if any of our readers, including the politicians, does not agree with the verdict of an article, we are ready to hear their arguments and correct the articles accordingly should they turn out to be accurate. We have often had such cases (the marking of “Corrected” on some of our articles indicates this to be true). Representatives of both major political parties have often cooperated with us on these issues (we are ready to provide specific examples upon your request).

The fact that FactCheck is not created by any political party is further confirmed by its international recognition. In summer 2014 our organisation participated in the first global summit of fact-checking organisations which was attended by delegates from 40 countries. The Washington Post wrote about FactCheck during its coverage of the summit (see link

With this short information about FactCheck we conclude our response to your statement which, if rated in FactCheck’s

style, would be a lie as we believe that your assertion is based upon unreasoned perception. As pointed out upon multiple occasions, our main goal is to facilitate the growth of the accountability and responsibility of politicians when making public statements. We hope that this letter will also serve the same purpose.

Finally, we are open to discuss the content of any article which made you think that we are a media source created by a political party or supporting any political actor.