On 14 November 2014, at a Parliamentary session, Nodar Khaduri stated that private investments

On 14 November 2014, at a Parliamentary session, Nodar Khaduri stated that private investments increased by 36% in the first half of 2014. He also added that the amount of loans disbursed in agriculture doubled as compared to 2013 and increased five times as compared to 2012.

The Minister of Finance is referring to domestic investments (not Foreign Direct Investment) in his statement comprising investments made by state or private investors on the territory of Georgia. Investments significantly affect the GDP of a country as the invested amounts are spent generally on opening new factories, expanding existing ones and updating technology. State investments are mostly expenditures of a state for infrastructural projects which facilitate the country’s economic activity. 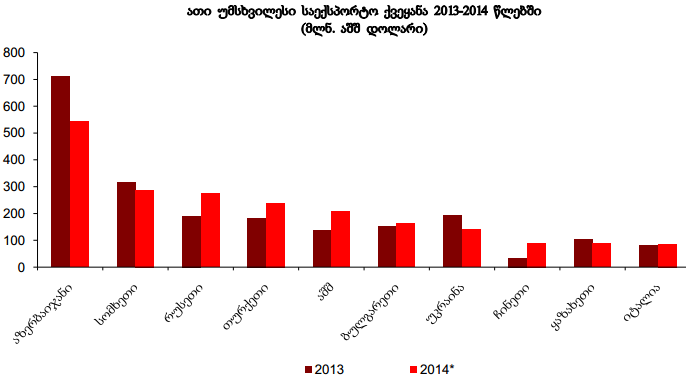 In the first half of 2014, gross investments increased by 32% whilst private investments grew by 31%. As for agricultural loans, according to the data of the National Bank of Georgia, nearly GEL 198 million was loaned in the first nine months of 2014 in an amount which is twice as much as the same index of 2013 and five times more than the same index in 2012. However, the growth rate of agricultural production decreased by 1.3% in the first three quarters of 2014 as compared to the same period of the previous year.

It should also be considered that investments decreased in 2013 and if we compare the 2014 data to 2012, the percentage of the growth rate becomes significantly lower.