“The prices of products have gone up.”

On 1 October, during the Parliamentary session, member of the United National Movement, Giorgi

On 1 October, during the Parliamentary session, member of the United National Movement, Giorgi Vashadze, stated that the prices of products have gone up.

took interest in the dynamics of the prices of products and decided to verify the statement. We verified both current and last year’s statistical data.

In Georgia, the Consumer Price Index[1] (

CPI) is used to calculate the level of inflation. The market basket serves as the basis for calculating the Consumer Price Index which reflects the structure of expenditures made by consumers for the products and services of their own purpose (Diagram 1). The products and services of the market basket are split into groups and each of them is assigned a special weight, depending upon the expenditures made for them. 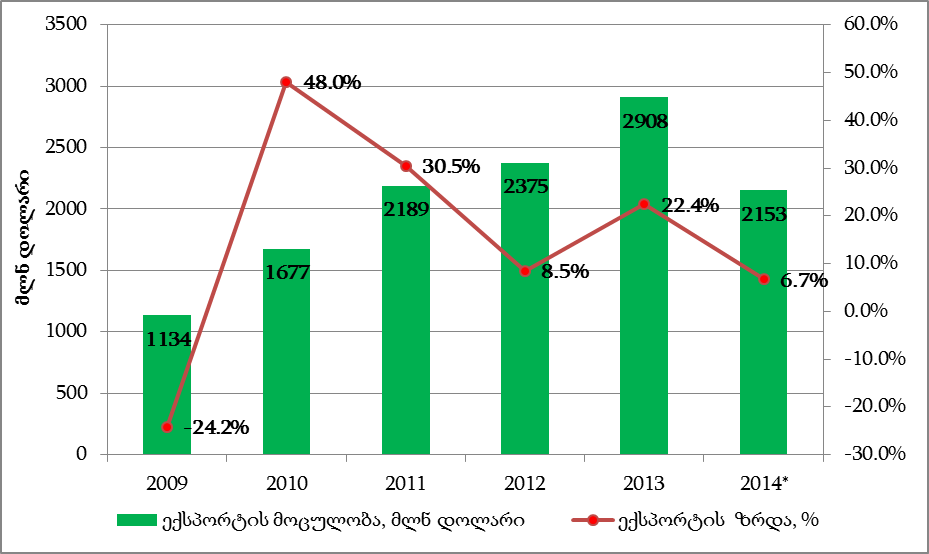 The inflation in September 2014 amounted to 4.8% as compared to September 2013. The biggest increase in prices took place in healthcare (15.2%) and groceries and non-alcoholic beverages (8.4%). 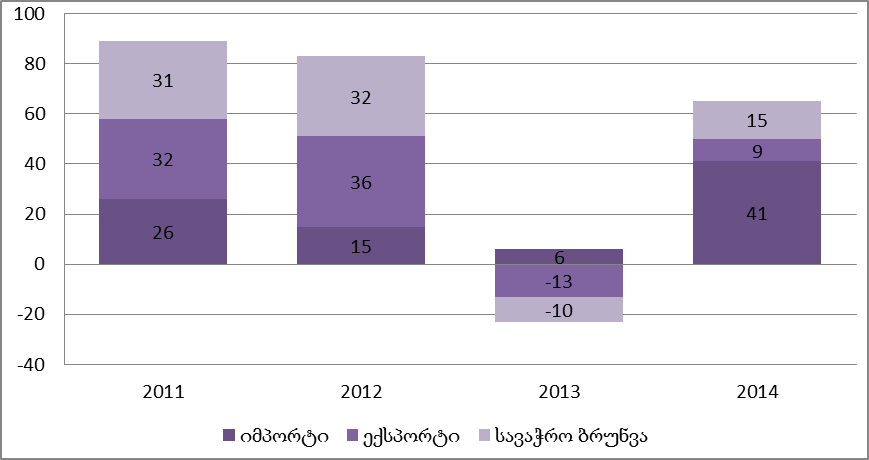 In addition, looking at the monthly price change in grocery products (Graph 1), it becomes clear that the increase in grocery product prices was taking place from September to January whilst the increase was insignificant or even showing a decrease in the other months. This is caused by the fact that the production of most of the groceries (fruit and vegetables) is seasonal and the production of some products decreases in the period of September to January which ultimately results in price changes.

The top three groups in the structure of the consumer basket are groceries and non-alcoholic beverages (30.25%), healthcare (10.09%) and utility service expenditures (8.38%). Therefore, consumers are vulnerable towards increases in the prices of the products from these groups. The annual price increase in these top three groups in 2010-2014 is given in the graph below. 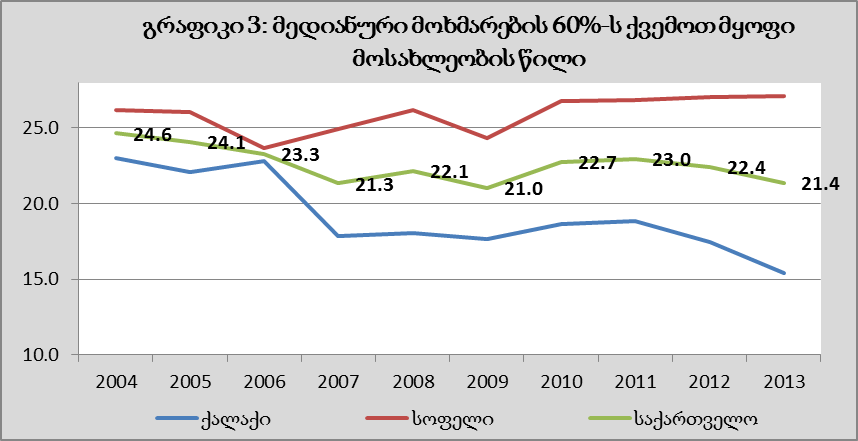 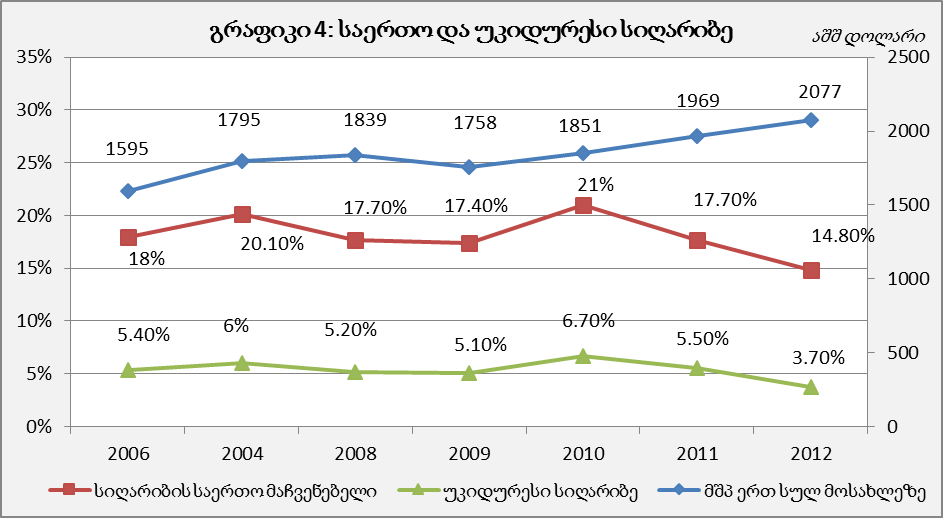 The inflation in September as compared to August amounted 1.2%. The prices on groceries went up by 3.3% whereas last year’s inflation rate was equal to 4.8% with the prices on groceries and non-alcoholic beverages increasing by 8.4%. We should also note that the low-income part of the population is the most vulnerable towards the increase in the product prices as it spends most of its income on groceries.

Usually, the increase in product prices was higher than any other group in the consumer basket. In addition, if we have a look at the monthly dynamics of prices, it becomes clear that the prices vary seasonally. Specifically, prices went down in the period of spring-summer whilst there was an increase in autumn-winter. This fact was due to the seasonal change in production volume.

The increase of prices was mainly due to the increase in the money supply which caused the domestic demand and product prices to increase. In addition, as most of the production in Georgia is imported (including groceries), the change in the exchange rate influenced the price of imported products as well.

FactCheck concludes that Giorgi Vashadze’s statement: “The prices of products have gone up,” is TRUE.
[1]

The Consumer Price Index (CPI) measures the changes in the price level of a market basket of consumer goods and services purchased by households.

M1 Monetary Aggregate: Includes the cash outside the banks (M0) and the certificates of deposit of the resident entrepreneurial or the household sectors in the national currency, excluding the deposits of banking and governmental sectors.