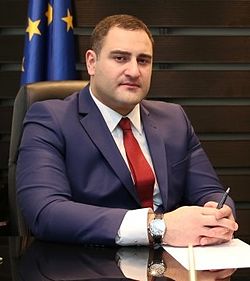 On 25 July 2014, while discussing the new cabinet in parliamentary committees, crime statistics

On 25 July 2014, while discussing the new cabinet in parliamentary committees, crime statistics were also discussed in the Legal Issues Committee. The Minister of Internal Affairs of Georgia, Aleksandre Tchikaidze, said that the doubts raised about increased criminal activity were due to intensive media coverage. The Minister stated:  “There were 108 murders in 2011 and 74 of them got media coverage. In 2013, 50 out of 52 murders were covered by the mass media. That is the only difference.”

On 23 July, Irakli Gharibashvili made a similar statement on Maestro’s Time for Politics.

The Prime Minister said:  “For visualisation and to show the difference, I requested statistics about serious crimes and their media coverage. It turned out that since we came to power, the coverage has been almost absolute and the rates of serious crime have been halved. When they (the United National Movement) were in government, crime rates were twice as high as they are today and the media coverage was just 10%.”

took interest in the statistics of the media coverage of serious crime and verified the accuracy of Aleksandre Tchikaidze’s statement.

As the statement of the Minister of Internal Affairs particularly concerned the media coverage of murders, FactCheck

looked into the statistics of this category of crime.

In order to check the number of murders covered by the mass media, FactCheck used a media monitoring service, mediamonitoring.ge.

Using the aforementioned website we looked up all of the news connected to murder in 2011. As a result of our study we found that 77 cases of murder were covered by different media in 2011. However, it should be noted that it is possible that not all of these crimes have been classified as based upon Articles 108 (premeditated murder) and 109 (murder in aggravating circumstances) of the Criminal Code of Georgia. The media did not have detailed information on some of the cases.  It was not always clear whether or not an investigation had been started based upon the articles of murder, suicide or intentional serious bodily injury. Of the 77 cases covered by the media some may not have been classified as premeditated murder or murder in aggravating circumstances. This type of error can also be found among the data of 2013 which we shall discuss below. However, we can say that of the 101 murders registered in 2011, 77 were covered by the media which constitutes 76%. The numbers taken by us slightly differ from the Minister’s statement who said that 108 murders had taken place and only 74 received media coverage.

Aleksandre Tchikaidze compared the data of 2011 to the statistics of 2013. According to him, 52 murder cases were registered in 2013 and 50 of them had media coverage. The National Statistics Office of Georgia could not publish the criminal statistics in 2013 since the Ministry of Internal Affairs did not publish the data. FactCheck wrote

about this problem earlier in the year. In order to receive information about crime in 2013 one has to use the 2014 statistics published by the Ministry of Internal Affairs which also includes statistics from 2013. However, since only the statistics of six months are given it is not clear what exact number of murders were registered during the whole year. Given these data we can only compare the six month periods. According to the statistics of the first six months, from 1 January 2013 to 30 June 2013 42 cases of premeditated murder and 19 cases of murder in aggravating circumstances were registered. The Minister of Internal Affairs stated that only 52 murders happened in 2013, however, according to the data published by the Ministry, the number of registered murders in the first six months of 2013 alone is 61 which is more than the number stated by the Minister as the statistic for the whole year.

As for the 2013 media coverage statistics, through media monitoring we found that 65 cases of murder were covered during the whole year and 38 during the first six months. Similarly to the statistics of 2011, FactCheck

admits the possibility that not all of these cases may have been classified as premeditated murder or murder in aggravating circumstances. For a general comparison we can say that of the 61 murders registered in the first six months of 2013, 38 received mass media coverage which is 62%.

While verifying the accuracy of the statements FactCheck

also takes their context into consideration. The context of the Minister’s statement was that more cases of murder were covered in 2013 than in 2011. In order to make our analysis more accurate we should compare the same periods of 2011 and 2013. Since we have no reliable criminal statistics for the whole period of 2013, we compared the media coverage of the first six months of 2011 and 2013.

In total, 63 murders were registered from January to June 2011 and 43 of them received mass media coverage. The number of cases covered by the mass media constitutes 68% of the whole in 2011 which is more than the 62% in 2013.

Of the 101 cases of murder in 2011, 77 were covered by the media. These data differ slightly from the numbers stated by the Minister of Internal Affairs. In 2013 the media covered 65 cases. Given the fact that we do not have reliable statistics for the whole year of 2013, we can only compare six month periods. The 61 murders registered in the first six months of 2013 already surpass the 52 stated by the Minister as a whole year statistic. The context of the statement of the Minister (as of the statement of the Prime Minister earlier) was that more serious crime cases were covered in 2013 than in 2011. However, after comparing the first six months of both years, we found that 62% of the murders registered from January to June in 2013 received media coverage while 68% were covered in the same period of 2011. In his statement, Aleksandre Tchikaidze is only slightly mistaken in the numbers of registered and covered murders in 2011, however he is completely off the mark in terms of the 2013 statistics. His statement as a whole is also not accurate as more crime cases received media coverage in 2011 than in 2013.

FactCheck concludes that Aleksandre Tchikaidze’s statement:  “There were 108 murders in 2011 and 74 of them got media coverage. In 2013, 50 out of 52 murders were covered by the mass media,” is FALSE.