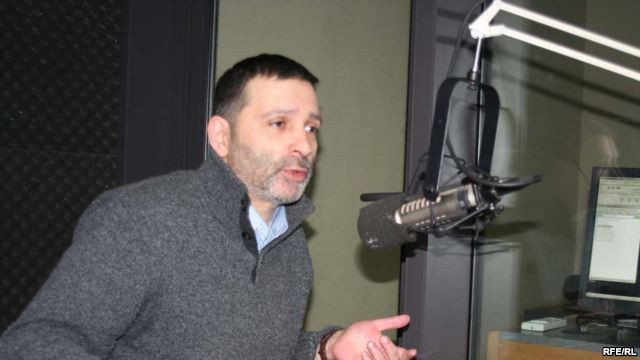 “According to the Criminal Code, it is possible to commence proceedings based upon a fact, not a suicide. “

On 15 July, at an extra plenary session of the Parliament, Davit Darchiashvili talked about the

On 15 July, at an extra plenary session of the Parliament, Davit Darchiashvili talked about the death of Erosi Kitsmarishvili and stated:  “According to the Criminal Code, it is possible to commence proceedings based upon a fact, not a suicide. “

The Main Prosecutor’s Office of Georgia made a statement about the case of the death of Erosi Kitsmarishvili according to which:  “On 15 July 2014, the Main Prosecutor’s Office received a message that the body of a deceased male was found in Tbilisi, on Ilia Chavchavadze Avenue #37, in the underground car park of building D. Upon the basis of the given message, the investigation started according to Article 115 of the Criminal Law of Georgia (incitement to suicide) and further based upon the factual circumstances existing at the initial stage. Arriving at the crime scene, the body of Erosi Kitsmarishvili was found in his own car with a wound around the head area probably inflicted by a gun. The gun was also found, registered in his name on the same day, 15 July 2014. The shot was probably made from the same gun.” According to the Main Prosecutor’s Office, given the importance of the case, a joint investigation group was formed comprised of employees of the Prosecutor’s Office and the Ministry of Internal Affairs. Intensive investigation is under way.

From the statement, it is clear that according to the received information (which in this case was based upon a fact; namely, the death of a particular person) the Prosecutor’s Office started an investigation based upon a particular article of the aforementioned Criminal Law on incitement to suicide. Davit Darchiashvili criticized this and stated that the investigation should have started based upon the fact itself and not according to any particular article. FactCheck

looked into the possibility of starting an investigation in this way.

First of all, the term “commence the proceedings” is not a functioning term of the Criminal Law and “investigation” is used in its stead. The criminal proceeding is started with the investigation which must be based upon the information about the crime received by the investigator or a prosecutor, revealed during another criminal proceeding or published in the mass media. Given such information (no matter the source) the investigator or a prosecutor are obliged to start an investigation (Criminal Law of Georgia, Articles 100 and 101). One technical matter should also be taken into account – according to Georgian regulations, the investigation process is recorded electronically and the very first action required is to register the so called Form Number 1. The investigation process formally starts with the registration of this document which is given its individual number (which also becomes the individual number of the case). Form Number 1 cannot be registered unless it is based upon a certain article of the law. If, initially, the perpetrator of the crime is unknown, an investigation is carried out to find evidence and, consequently, the perpetrator.   If, however, the identity of the perpetrator is known from the very start, the process of criminal prosecution is started and evidence is gathered for the court.

Thus, it is impossible to start an investigation if the supposed crime is not determined which means that it must be started based upon a certain article of the Criminal Code with the crime and the article forming the basis of the investigation to be determined by the investigator according to the factual circumstances.

Hence, we conclude that Davit Darchiashvili’s statement:  “According to the Criminal Code, it is possible to commence proceedings based upon a fact, not a suicide,” is FALSE.