“73% of [Georgia’s] indigenous population is unemployed.”

Debates among Tbilisi’s mayoral candidates were held on TV3 on 29 May 2014. Dimitri Lortkipanidze,

took interest in this issue and verified the statement made by this mayoral candidate.

According to GeoStat, the economically active population of Georgia in 2013 comprising the country’s labour force consisted of 2,003,900 persons (an economically active person is an individual aged 15 years and older who works or exchanges his/her labour for producing goods or services. An economically inactive person is identified as someone aged 15 years and older who does not work even for one hour during a seven-day period prior to the interview and does not look for a job for the next four weeks following the interview. This also includes a person who looked for a job four weeks prior to the interview but was not ready to start the job in the nearest two weeks in the case of finding a job. This group comprised 1,022,300 citizens).

According to GeoStat’s data for 2013, the economically active population of Georgia constituted 66.3% of the employable population. Of this figure, 1,712,100 persons were employed which was 85.4% of the active labour force. According to the aforementioned information, the unemployment rate was equal to 14.6% in the country which was 0.4 of a percent lower than the indicator (15.0%) from 2012. Specifically, 38.4% of the employed population of the country was engaged in employment, 60.1% was self-employed and 0.6% was not determined (employed or self-employed).

Due to the fact that neither of the official sources in Georgia verifies Dimitri Lortkipanidze’s statement, FactCheck contacted the mayoral candidate to find out the grounds upon which he made this aforementioned statement. Lortkipanidze explained to FactCheck

that he based his statement upon National Democratic Institute (NDI) survey results.

reviewed the National Democratic Institute’s (NDI) report of April 2014. According to the survey conducted by this organization, 67% of the population of Georgia considers itself to be unemployed. According to a similar survey conducted in September 2013, this indicator was equal to 69%. Of note is that 43% of those who currently consider themselves as unemployed are looking for a job. A citizen is considered to be unemployed if he does not want to work or does not look for a job. According to the survey, the percentage indicator between the rural and urban populations is different: 60% of the urban population and 73% of the rural population consider themselves as unemployed. The report was prepared upon the basis of 3,942 completed interviews. The NDI conducts research on current public opinion and not the level of unemployment. Accordingly, the opinion of 67% of the population that they are unemployed does not imply that the level of unemployment is equal to 67% in the country. According to GeoStat’s methodology, a self-employed person is also considered employed if he/she is employed in a family enterprise/household for the purpose of obtaining profit, family income (money or in kind) or work done free-of-charge.

It should be noted that 247,500 persons from the number of employed people in the capital city were engaged in employment while 67,500 citizens were self-employed.

Table 1:  Unemployment Rate in the Regional Context for 2013 ( 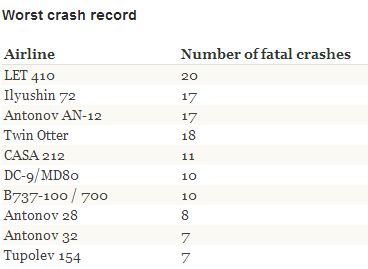 As compared to the other regions of Georgia, the highest unemployment rate was revealed in Tbilisi. This is caused by the large number of self-employed people working on agricultural land.

It should be noted here that the aforementioned level of unemployment in Georgia is the result of the large number of self-employed people. More citizens are trying to be self-employed than in any other country. This is influenced by the absence of a labour market and an unemployment insurance fund. It should also be noted that the unemployment rate in cities and villages is significantly different from one other. According to GeoStat, the unemployment rate in cities in the previous year was equal to 30% while the figure was equal to 6.5% in villages. The reason for this kind of difference is that there are more employment opportunities in the villages due to the abundance of agricultural land. Everyone is considered self-employed if they have land or cattle and if they use agricultural products for sale or personal consumption regardless of what kind of income they have. According to the data from 2013, 63% of the population was employed in agriculture while this sector has 9.3% in GDP. This implies that agriculture is characterised by a low level of productivity and 63% of the employed population has a rather low income.

Statistical data for Georgia does not verify that 73% of the population in Georgia is unemployed. According to the official information, the country’s unemployment rate is equal to 14.6% which is five times less than the 73% indicated by Dimitri Lortkipanidze.