“Considering that Georgia is rich in hydro resources and, at present, only 18% of these resources are employed, our country is particularly attractive for foreign direct investments. In 2013, the amount of FDI in the energy sector accounted for 22% of the

On 28 March 2013, the informational-analytical portal, for.ge, published a newscast on the

Views: 4445
True
The statement is accurate and nothing is missing
Facebook Linkedin Twitter Print
On 28 March 2013, the informational-analytical portal, for.ge,

published a newscast on the international business forum, Economic Integration with the EU – Perspectives and Opportunities, held at the exhibition centre, Expo Georgia. The principal purpose of the event was to inform representatives of the European Union, governments of the Eastern Partnership countries and the private sector about Georgian economic policy, the business environment and investment opportunities. One of the presenters at the conference was Giorgi Kvirikashvili, Vice Premier and the Minister of Economy and Sustainable Development. He introduced conference participants to the government’s view on the economic development of the country. Discussing matters related to the energy sector, the Minister stated:  “Considering that Georgia is rich in hydro resources and, at present, only 18% of these resources are employed, our country is particularly attractive for foreign direct investments. In 2013, the amount of FDI in the energy sector accounted for 22% of the total investments.”

inquired about Georgia’s supply of hydro resources and the amount of FDI made in the energy sector in order to check the accuracy of the Minister’s statement.

In accordance with the information published on the website of the Ministry of Environment and Natural Resources Protection and that of the Ministry of Energy, Georgia’s water and water-related resources hold the leading position of importance from the list of the country’s natural wealth (coal, oil, natural gas, etc.). Georgia’s hydro energy potential (rivers, lakes, reservoirs, glaciers, groundwater, marshlands) is one of the highest in the world considering the total area of the country. There are 26,060 rivers and as many as 860 lakes on the Georgian territory. The overall cumulative length of the rivers reaches 26,000 kilometres. The majority of the lakes are small and, therefore, their water surface area is around 170 km2 (0.24%

of the country’s territory). A total of 43 reservoirs are in service within the hydroelectric stations and irrigation systems of Georgia. Of those, 35 are located in the eastern part of the country. Presently, over 75% of Georgian electric energy is produced in hydroelectric power plants.

A large-scale construction of hydroelectric power plants was launched in the 1930s. In 1927, the Avchala-Zahesi hydroelectric power plant was put into operation (installed capacity – 36.8 MW), in 1928 – Abhesi, in 1934 – Rionhesi. By 1941, the total combined capacity of Georgia’s power generation reached 180 MW. From 1945-1960 11 new hydropower plants were put into operation. According to the data of 2013, a total of 58 hydroelectric power plants were operating in Georgia of which ten were only seasonal. In agreement with the socio-economic development strategy project, Georgia 2020, the total potential annual capacity of Georgia’s hydro resources is equivalent to 15 thousand MW while the average annual generation equals 50 billion KWh. Additionally, 80% of the potential of hydro resources is untapped which means that only 20% of the country’s hydro resources is being used. 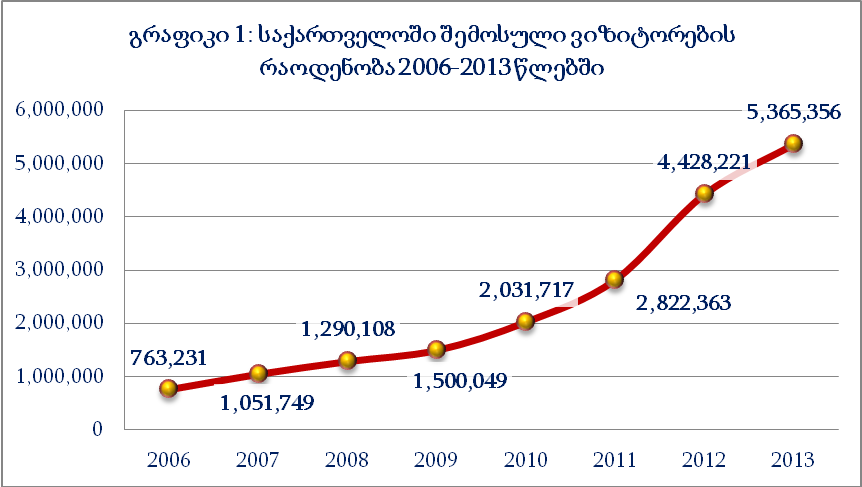 As can be gathered from Table 1, generation of electricity is mainly characterised with a tendency of increase in the aftermath of 2006. The only exceptions are the years 2009 and 2012 (in 2009 the generation of electric energy declined by 42.3 million KWh as compared to 2008 whereas in 2012 the decrease relative to the preceding year amounted to 406.9 million KWh). The percentage of hydro power plants in the generated electricity varies between 63.3%-93.2%. As for import and export, the major importer as well as the exporter of electric energy in Georgia is Russia.

As evident from the above table, the volume of generated electricity exceeds the volume of energy supplied to users each year. The reason for this difference is the energy loss in stations as well as power transmission lines and the seasonality of electricity generation. The seasonality factor creates the need to import electricity in certain periods of the year and allows for export during other periods.

The abovementioned analysis shows that Georgia’s electricity is primarily generated through hydroelectric power plants and even in this case only 20% of the country’s hydro resources are being put into use. Consequently, investment in the energy sphere and, principally, in the construction of hydroelectric power plants is of special importance as this would diminish the need for import resulting from the seasonality and prompt a further increase in the export of electricity. 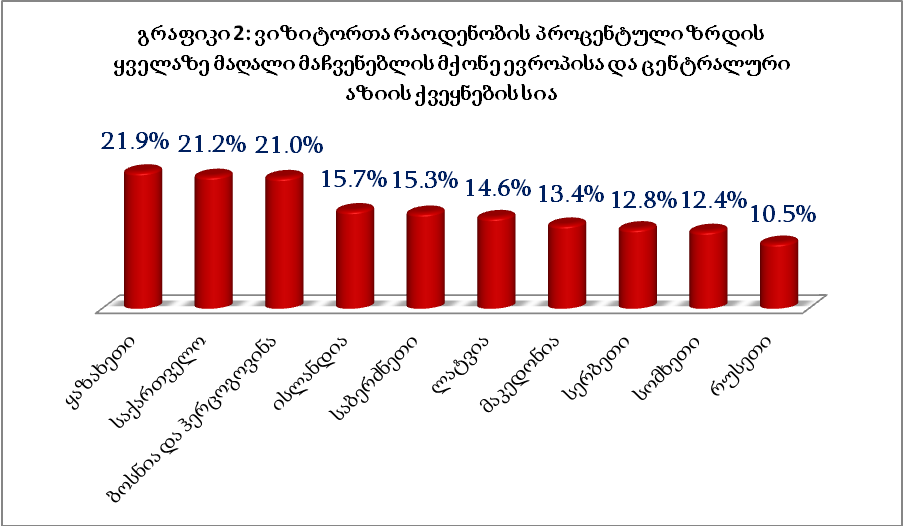 In Georgia electricity is primarily generated through hydroelectric power plants and even in this case only 20% of hydro resources is put into use. Consequently, investment in this field is of special importance as this would diminish the need for import as well as boost export.

We conclude that Giorgi Kvirikashvili’s statement:  “Considering that Georgia is rich in hydro resources and, at present, only 18% of these resources are employed, our country is particularly attractive for direct foreign investments. In 2013, the amount of FDI in the energy sector accounted for 22% of the total investments,” is TRUE.